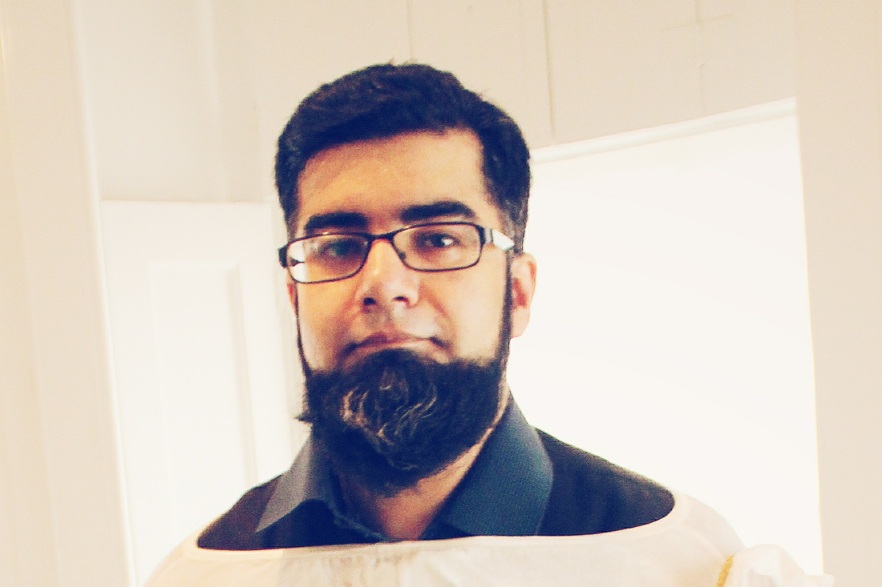 “I have never been fond of the idea of being labelled and stamped under a single monolithic crystallised title except for what God Himself chose for me – ‘… He has called you Muslims …’ (Qur’an 22:78). My thoughts and practises are influenced – just as almost every other Muslim – by experiences, learning and history. I was born into a Pakistani family, hence was taught the Hanafi fiqh, which I believe made its way to India following the collapse of the Abbasid Caliphate through Hanafi Sunni refugees fleeing Mongol tyranny. My late grandfather ‘Sayyid Masum Ali Shah’ was a graduate of Dar al-Ulum Deoband, an institute founded in colonial India following the 1857 Indian Rebellion. As a result of partition he was forced to migrate with my father, who at the time was only four. Early in my life I read books about the Prophet and Prophets penned by Maulana Abul Hasan Ali Nadwi, which triggered within me the desire to explore the history of Islam. This desire was to dictate the next nine years of my life; I studied ‘traditional Islam’ at the second oldest madrasa in the UK, founded by the Tablighi Jamat. Following madrasa and the Tablighi Jamat I went through a transition from ‘tradition’ to ‘modernity’ – I studied the Abrahamic religions at the University of London, after completing my B.A. (Hons) degree I am now studying the history of Islam and the West. My thoughts are influenced by all these factors. So moving to the request, ‘it is essential that you associate yourself with a Muslim school of thought or denomination’ I find it difficult to point to one and secondly how is denomination defined in the context of Islam? Is it school of fiqh, mission, politics, etc. Hence, I find myself following the Hanafi fiqh in general without the strict taqlidi approach to it; I am at times influenced by the Deobandi (Sufi and Matrudi in creed) thought and the Tablighi mission but do not see myself entrapped by the neo-Deobandi and neo-Tablighi thought and methodology prevalent today; I am spiritually in touch with Nadwa and fully recognise the gap that this institution filled, which Deoband had widened – that of tradition and modernity. So I leave the task of defining and categorising the above to the reader”.

4 thoughts on “About HAMID MAHMOOD”