Bangladesh, My Foot and I

Bangladesh, My Foot and I

I rubbed my dog-tired eyes, put on my tawny spectacles and looked down at my tormented bulging foot, “ohhh shhhit” I couldn’t believe the sight, the boil had exploded and filled the surface of my mosquito net. “Shaaaakiibbbb, run and arrange for the rickshaw! zūldī khūr, hurry!”, I yelled, as Shakib, the skinny tea boy, scurried through the luxuriant fresh gardens, past the reddish-brown campus buildings and out into a noisy and overcrowded street of Dhaka.

My foot. I had been in Bangladesh for just over a month: in this time I had caught an infection or maybe it was a viscous bite. Even the doctors were baffled. At first they had told me that they might have to amputate the foot if I was found to be diabetic, but thank God that was not the case. The doctors had told me to come back to the Dhaka hospital if the bulge on my foot burst. So here I was on the way to Dhaka Hospital for an operation.

Shakib scrambled back with a rickshaw in no time and I was on my way… well, at least I thought I was. I looked ahead and to my amazement I was confronted by an ocean of varicoloured rickshaws, all stranded on Kamruzzaman Sharani Road. It was at that moment I remembered an old Arab proverb: ‘الانتظار اشد من الموت’, that to ‘wait is more severe than death’.

The sun had just passed its highest point and the muezzins prepared to call out the prayer. The air was filled with the exhausted and deteriorated voices of elderly retired men, who had filled voluntary muezzin vacancies. But their cry for the call to prayer echoed and thundered immensely in Dhaka – the city with the most Mosques in the World. As the traffic began to ease all I could see around me were bony, yet muscular, men riding their garish rickshaws in their oddly coloured jazzy sarongs. Dripping with sweat, our driver dodged, doddered, ducked and drove us to the public hospital – only after the ordeal was I told about the ‘wonderful’ private hospitals.

As I entered the hospital building, being pulled on a rusty steel stretcher, I was taken back by the adverse surroundings. Looking through the metal framed windows, my eyes protruded and heart sank in agony. For in every bed there lay two to three patients – something I had never seen before. For those who found no bed in the ‘wards’ lay lifeless in the dusty, steamy corridors. There were people everywhere: some slept in front of doors as others stood and watched me pass. I was taken a little further, we turned left into a narrow dark alleyway and into what they described as the ‘operation theatre’. It was as empty space.

“So… you will have to remain here for three days before we operate on your foot…”, said Dr Faisal Zaman Khan, the head surgeon, who was a tall and well dressed man.

On hearing this I interrupted his speech and exclaimed out aloud, “There is no wwwwway I’m staying here for that long. Please. Do whatever it takes to get me out of this nightmare!”
Dr Faisal kindly replied, “I can understand how you feel, but there are not enough resources, operation beds and surgeons, unless….”

“Unless what Dr Faisal, unless whhhhaat, I’m prepared for anything”, I shouted, not knowing what lay ahead.

Well… if that’s what you want Hamid. You will firstly have to pay for the anaesthetics and sterilised surgical knife, spoon and …

“and fork?”, I remarked sarcastically.

“No… not quite Hamid, we’ll be needing a surgical retractor!”, Dr Faisal replied.

As I handed over the meagre amount, as compared to the strength of pound sterling, it wasn’t long before Dr Faisal was back … with two male nurses. I was then injected with anaesthetics to numb my foot. As I lay, wondering why the doctor brought two male nurses with him, in an instance I was held down – by a nurse on my right and the other pinned me down by my left arm…

The anaesthetic hadn’t yet kicked in when Dr Faisal began slicing me foot. He opened it with the retractor and scooped out the poison. Blooooooood. That was all I could see, as the nurse held his hand over my eyes. I could hear the cccreaking as he ripped open my foot. By God seconds went past as minutes: and minutes as hours. My screams echoed in the wards close by. But, I guess this was standard procedure in a world very different from mine. I had thought the stinging of a bee; falling in the playground; and the teeny-weeny pain of being injected as a child was real pain. But, no… there live on our very planet humans, pain for whom is a normative daily occurrence.

I was learning to think about pain and suffering that existed around me on the planet that I lived, whilst I had all the resources and facilities on my finger tips. I began to see the world so differently. But it was only after I went through some of that torture that others are made to go through while a percentage lives on in abundance. I had to think, was I going to remain a silent spectator – or was I going to be part of a struggle that would bring change. 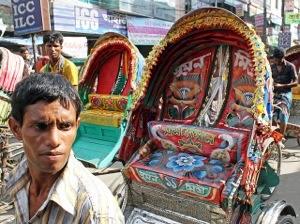